Once I Was Very Very Scared

We were fortunate enough to have wonderful Spanish speaking colleagues who partnered with us to  ensure that this story would be available to Spanish-speaking families following disasters. Team members included Carolina Velasco-Hodgson, Carmen Rosa Noroña, Arú González, and Luis Flores. M. Carolina Velasco-Hodgson, MSW. Is a bilingual clinician with more than 14 years of experience. She is from Chile where she was trained and practices as a clinical psychologist; after obtaining a Fulbright Scholarship, she completed her master’s in Social Work at Boston College, and currently she is a Public Health PhD’s student. She was a social work intern for two years at Child Witness to Violence Project and a family specialist for the first year of Project Dulce. She is also an active member of the National Child Traumatic Stress Network (NCTSN) Translation Review Committee since 2010 and an Individual Affiliate to the network since 2014.

Carolina currently works in Chile as adjunct assistant professor at the School of Social Work, Pontifical Catholic University of Chile and she is an infant and child psychotherapist in private practice. Her interests include trauma prevention and intervention, immigration, cultural child development, and child–parent bonding and attachment. Carmen Rosa Noroña, LCSW, MS. Ed., CEIS is from Ecuador where she trained and practiced as a clinical psychologist. For over 20 years, Carmen Rosa has provided clinical services to young children and their families in a variety of settings including early intervention, home-based and outpatient programs. She currently is the Clinical Coordinator of the Child Witness to Violence Project and the Associate Director of the Boston Site Early Trauma Treatment Network at Boston Medical Center. She is a Child-Parent Psychotherapy National Trainer, a Zero to Three DC 0-5 Expert Faculty and a member of the Diversity Informed Infant Mental Health Tenets Workgroup. Her practice and research interests are on the impact of trauma on attachment; the intersection of culture, immigration, and trauma; tailoring mental health services to new immigrant families; and cross-cultural reflective supervision and consultation. She is a co-chair of the Culture Consortium of the National Child Traumatic Stress Network, and has adapted and translated materials for Spanish-speaking families affected by trauma, including the series Trinka y Juan. Carmen Rosa has also contributed to the literature in infant mental health and diversity. Arú González, Ed.M. is interested in the intersection between art, science, and social justice, particularly in the expression of embodied emotion in early prevention programs. He is experienced in translation and interpretation across diverse settings. Luis E. Flores, M.A.LPC, LCDC, LCCA, RPT-S, is the Executive Vice President of SCAN Inc. (Serving Children and Adults in Need). He has been working in the adult and children substance abuse and mental health fields for the past twenty-seven years. He has a master’s degree in counseling psychology and is licensed in in Texas as a Licensed Professional Counselor, a Licensed Chemical Dependency Counselor and Licensed Childcare Administrator. In the past twenty-seven years, he has devoted his energies to developing culturally-responsive community-based programming for Mexican American families along the Texas-Mexico border area. Since 2002, he has been the project director for 16 projects funded by the Substance Abuse and Mental Health Services Administration. He was born and raised in the Mexican side of the border and has lived in the US side of the border for the past 40 years. He is a founding member of the Translation Review Committee that is part of the National Child Traumatic Stress Network. As a member of this committee, he has supported the Network in its efforts to increase linguistic competence and has helped in the translation of various English resources into Spanish. 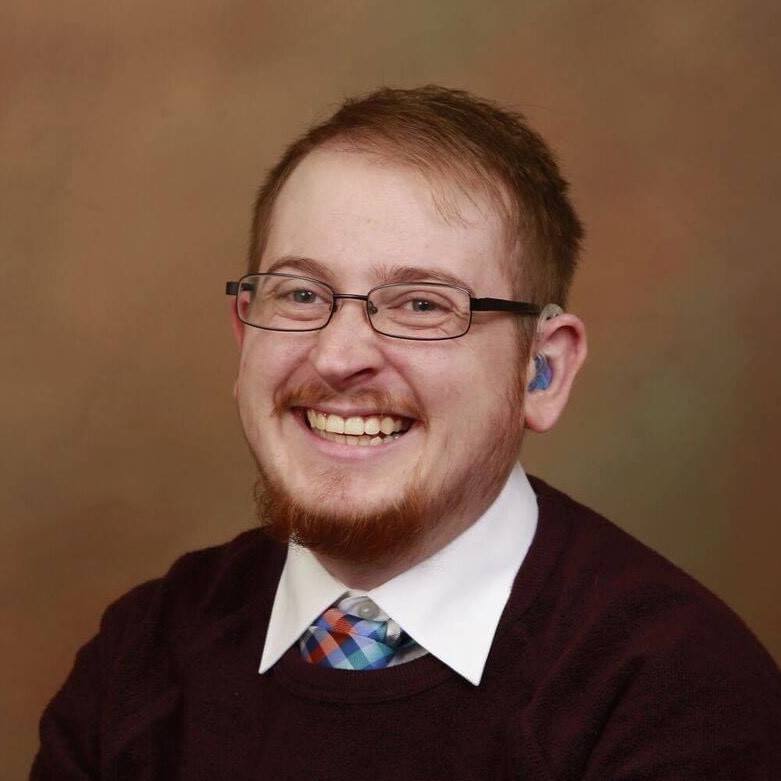 Clint (he/him/his) is a pre-doctoral intern at Hopewell Health Centers in rural Ohio. He will complete the requirements for his doctoral degree in Clinical Psychology in August 2020 from Eastern Kentucky University. Clint is also training for certification in various trauma-focused therapies for children, adolescents, and adults. He holds a Bachelor's degree in ASL and English Interpreting, and has provided therapy to hearing and Deaf individuals in Kentucky and Ohio. On weekends, you'll likely find Clint reading comic books or working on a craft project. He loves superheroes, and his favorite superhero is Hawkeye (Marvel's first Deaf superhero).

The Arabic version was developed in collaboration with the Maya Vakfi Foundation and P﻿﻿rojec﻿﻿t Lift. We also had a number of other colleagues and friends who partnered to create this version.  Team members included Ferdaous Naili, Salam Soliman,  Abdalla El Said, Habiba El Said, Ghina Albiek, Balkis Kurbeh, and Mohammed Dujein. Salam Soliman, Psy.D.'s work has primarily focused on children, with particular interest in disrupted attachments and the long-term effects of trauma on children. Dr. Soliman is a licensed clinical psychologists and has been working in the field since 1996. Raised in Montreal, she obtained her Bachelor’s in Psychology from McGill University and went on to get a Master’s in Education from the University of Ottawa in 1998 as well as a Masters in Experimental Psychology (ABD) from Carleton University. Dr. Soliman received a third Master’s in Science with a focus on Education in 2004, and went on to receive a doctorate in Clinical and School Psychology in 2006 from Pace University. Over her careers, she has since worked in schools, hospitals, outpatients clinics and universities. Currently, Dr. Soliman spends much her time providing reflective clinical supervision and consultation to the 15 Child First sites across Connecticut, as well as serves a national advisory and training role within Child First, Inc.

Our friends and family partnered with us to develop the German version of the story. Team members include Henning Mohaupt, Gerald Gutschmidt, Franziska Ippen, and Erich Ippen, Jr.. Henning Mohaupt is from Berlin, Germany, and moved to Scandinavia in 1994. He has been working as a clinical psychologist in Norway after graduating from Bergen University in 2005. He has been working with families affected by domestic violence since 2008 at Alternative to Violence in Stavanger. Here he works with men and women, but also with parents and their young children to reduce the negative impact of experiencing violence in the home. Henning is currently working on a Ph.D. thesis about how men who use IPV experience their relationship with their young children. Gerald has spent half his life in Germany and half in the United States. He studied industrial design and has over twenty years experience creating visual effects for movies. He has also written and directed four short films. Whether it’s designing a chair, directing a film, working on parts of a larger film, or translating a book, he enjoys creating things with a team and sharing it with others. Franziska Maria Ippen, MD grew up in Lindau, Germany and received her medical degree at the University of Heidelberg, where she also started her training at the Department of Neurology in 2016. Franziska is particularly interested in neuro-oncology research, with a focus on breast cancer brain metastases. Funded by a research scholarship from the German Research Foundation (DFG), she is currently working as a postdoctoral research fellow at the Brastianos Laboratory at Massachusetts General Hospital, Boston.

Mariko Tanaka, Ph.D. is a Professor Emeritus at the Department of Counseling, San Francisco State University. She was born in Japan and immigrated to the US to complete her graduate education. Dr. Tanaka has been providing professional training to the Japanese psychiatrists, psychologists, social workers and child care workers since 1985, visiting Japan 1-3 times a year. After the Tohoku Quake of 2011, she assisted her students in the recovery process by providing consultations and annual lectures in the region devastated by the Tsunami. She was excited for the opportunity to translate Trinka and Sam: The Day the Earth Shook and then Once I Was Very Very Scared.

Our lovely Norwegian Child-Parent Psychotherapy colleagues partnered with us to develop this version and ensure that is available for the CPP Nordic Network. Anita Krøvel-Velle is a clinical psychologist in Bergen, on the West coast of Norway. She works at an outpatient mental health service for children where she, together with Guro Vigestad, is part of a team of three CPP therapists, who work especially with infants, preschoolers and their families who have experienced different degrees of trauma. She is also involved in the introduction and implementation of CPP in Norway. Her earlier clinical experience involved both inpatient work with the most seriously challenged children and several years devoted to early intervention for infant mental health at the community level. Nina is a clinical psychologist and senior advisor at the Department for Infant Mental Health, Regional Centre for Child and Adolescent Mental Health (RBUP), Eastern and Southern Norway in Oslo, where she is involved in teaching, supervision, research and implementation, primarily focusing on infant mental health assessment methods, diagnostic classification and the official Norwegian CPP training program. She combines this with clinical work with children age 0-5 and their families in one of the first Norwegian outpatient mental health service units that implemented CPP. She has worked with parents, infants and young children within child mental health services for nearly 20 years. She is also writing her PhD-thesis on the diagnostic classification of the youngest children and is a member of the Nordic DC:0-5 Implementation Task Force. Her interest includes trauma prevention and intervention, attachment, and early intervention. Guro Vigestad is a clinical psychologist based in the west coast of Norway.  Guro works at an outpatient mental health service in Bergen with infants, young children and their families. Child Parent Psychotherapy (CPP) is an important method in this work, and she is involved in the introduction and implementation of CPP in Norway. She has been engaged in teaching and consulting foster families and their children and has two foster siblings herself.

Our lovely Swedish Child-Parent Psychotherapy colleagues partnered with us to develop this version and ensure that is available for the CPP Nordic Network. Pamela Massoudi, Ph.D., clinical psychologist and researcher based in Sweden. Pamela has has worked with parents, infants and young children since the mid -90’s when she worked in perinatal- and child primary health care. This work led to a PhD-thesis on depression and distress in new fathers. She then went on to clinical work in child mental health and paediatric settings, with a specific focus on trauma and Child Parent Psychotherapy (CPP) since 2013. She currently combines clinical work with children 0 – 5 years at a child and adolescent mental health service unit, with research, teaching and consulting. Pamela is now involved in the introduction and implementation of CPP in Sweden. Karin Pernebo, Ph.D., clinical psychologist and psychotherapist. Karin has been working with children and families affected by violence and traumatic events since the mid -90’s, and with introduction and implementation of Child Parent Psychotherapy in Sweden and the Nordic countries since 2013. Currently she combines working clinically at a child and adolescent mental health service unit with teaching, consulting, and doing research on interventions for children exposed to violence.

The Turkish version was developed in collaboration with the Maya Vakfi Foundation and P﻿﻿rojec﻿﻿t Lift. We also had a number of other colleagues and friends who partnered to create this version.  Team members included Gamze Akarca, Sinem Yilanci, Ayşan Sönmez, and Yalman Onaran. In 2011, Gamze Akarca graduated from Istanbul Bilgi University Psychology Department. Between 2011 and 2014, she continued to work with children who have special needs in several rehabilitation and special needs education centers. She got her masters degree in 2014 in Trauma Focused Clinical Psychology from Okan University. Since 2014, she has worked actively in the field as a psychosocial support provider on crisis and disasters. She attends to creative writing workshops for children and writes therapeutic stories.